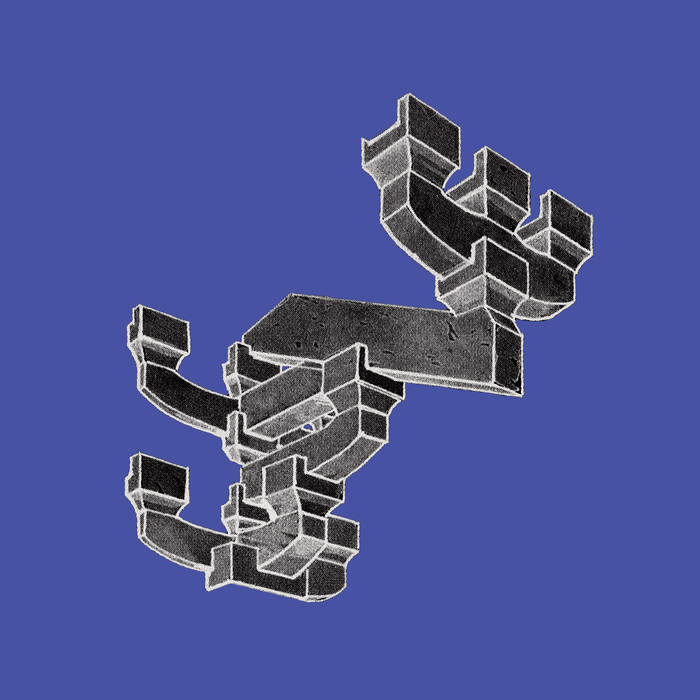 Almost sad music ? Almost a guitar, but no, two. Two that become one, most of the time, rigourous and poetic, almost folk songs, a two maestros encounter, definitly.
Both Cristián Alvear and Burkhard Stangl don't need to be presented, and both their personnal styles find a common ground of multiples harmonics pickings, strangely polyrythmical structures,
and peacefull progressions and (almost)blues surprises on the corner.
A dicreet music ? But so strong and beautifull.

Since the Chilean guitarist Cristián Alvear first appeared in Europe and had his debut album, 24 Petits Préludes Pour La Guitare, released by Edition Wanderweiser, in 2013, he has been highly productive and visible, releasing about forty albums in some seven years. Impressive as that figure may seem, even more so are the labels he has recorded for—including Another Timbre, Cathnor, Ftarri and Potlatch—and, although much of his work is solo, the range of musicians with whom he has collaborated—including, among others, Ryoko Akama, Klaus Filip, Seijiro Murayama, Tim Olive, Santiago Astaburuaga, Cyril Bondi and d-incise. Dedicated to the performance and recording of new music, Alvear has recorded compositions by such luminaries as Antoine Beuger, Michael Pisaro, Jürg Frey, d'incise, Stefan Thut, Catherine Lamb, Manfred Werder, and John Cage. Alvear's link with Bondi and d'incise dates back to late 2014 when he studio-recorded the album roshambo (trio) with them in Santiago. So, it was not a surprise when Bondi and d'incise's label INSUB released two Alvear albums in 2020, the first featuring that trio, and the second pairing Alvear and fellow guitarist Burkhard Stangl...
Burkhard Stangl is maybe best known as the original guitarist in Polwechsel, with whom he recorded four albums between 1993 and 2002, before moving on in 2008. He is recognized as a key player in the development of electro-acoustic improvisation (eai), with a string of duo albums on Erstwhile. Although he also plays electric guitar and electronics, here he mainly plays acoustic guitar in tandem with Alvear, but is undoubtedly the source of occasional "noises off" such as string scraping, radio static and sustained tones.

This album's Spanish title translates as "Small fragments of discrete music." Recorded in Martin Siewert's Studio, in Vienna, in May 2019, the music here consists of eight short pieces, the shortest lasting just over three minutes, the longest just under six; the track titles are their numbers, apart from "No. 7" which adds "almost sad music" in parentheses. While the music on the album never seems sad per se, it does have a reflective, melancholy quality which is quite beautiful and tranquil. Together, the two acoustic guitars become one, making it impossible (and pointless) to divine who is playing what. The music frequently has a folky quality but it goes way beyond the simple playing of a melody, with the styles of the two complementing one another and fitting neatly together as they react to each other and trade ideas.
John Eyles / All about Jazz

Two men and their guitars. I assume these are acoustic guitars. Stangl also uses a radio, even when I am not sure when more than in the seventh piece. In May 2019 they recorded the eight pieces in Vienna. None of these pieces has a title, except behind number seven it says '(almost sad music)'. That I found quite remarkable, to be honest, as I found all the pieces exuding melancholy, sadness and quite intimate. The recording is crystal clear, almost as if both players are in your room, playing right in front of you. The way Alvear and Stangl play their instruments is in such a way that one easily recognizes the guitar. There is very little by way of other techniques, save maybe for some bowing in the third piece, or the bottleneck approach of one of the players in the sixth. Usually, they go about, strumming and plucking the strings, carefully. There is no chaos, no wild rocking out. The 'almost sad' seventh piece is this duo at the most experimental, with those radio sounds, appearing out of nowhere and exiting loudly at the end. Not sure if this any particular 'sadder' than the others; the sixth you could all a sort of way-out blues song of pain. Great release!
Vital Weekly

The acoustic guitar creates instant common ground. Put together two people with guitars in their hands together, and they can potentially communicate without knowing a word of each other’s language. They might trade blues licks, verses of “Redemption Song,” or differently dire remembrances of “Hotel California,” but they’re bound to find some sort of common language. This album documents another chapter in the eternal search. Cristián Alvear is a Chilean classical guitarist who has found a niche interpreting modern, and often experimental repertoire. Burkhard Stangl is an Austrian who has spent time playing jazz with Franz Koglmann, covering Prince with Christoph Kurzmann and realizing compositions that use the language of free improvisation with Polwechsel. This CD collects eight “Small Fragments Of Discreet Music” which they improvised in the course of figuring out what they could play together. Given their backgrounds, dissonance is part of the shared language, but thanks to the instrumentation, nothing gets too loud. Sometimes they explore shared material, such as the gentle drizzle of harmonics on “No5.” Other times, they find productive contrasts, such as the blurry slide vs. palindromic melody on “No6.” And just once, they flip on the radio and wax melancholic while the static sputters. Sometimes small, shared moments are all you need.
Bill Meyer / Dusted magazine