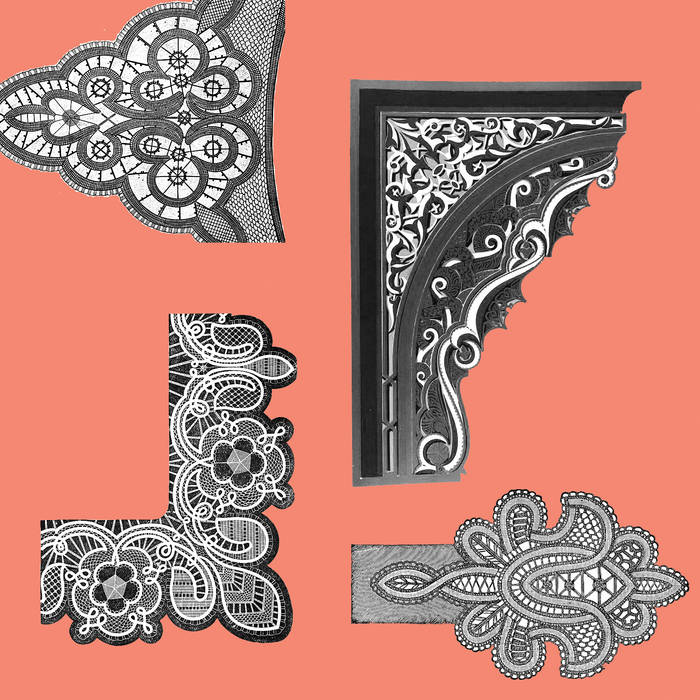 This chilean-swiss trio is adept of a delicate minimalism, drawing colors, tones, and sometimes even a few seconds of melodies, from folk sources.
An experimental inspiration and reinterpretation stretched to the extreme, a ghostly, strange, peaceful and acoustic evocation.
Collaborating since 2014, the group composed this new serie of short pieces during two residencies in Osorno and Geneva during the spring 2019.
Crisitan Alvear is an eminent figure of the chilean scene, having play many composers such as Micheal Pisaro, Catherine Lamb, Jurg Frey, etc, gaining a strong international respect.
Cyril Bondi and d'incise, minds behind the Insub.label and orchestra, are tireless and radical explorers of the experimental field, building a web of collaborations since 15 years.

"[..] from the Insub label, who have been turning out some monumental work lately. Neither of these are on quite the same scale, but still impress with the boldness of their conception and imaginative execution. Ocho pretextos is a set of short trios worked out by the performers in joint residences one spring in the distant past of 2019. Cristián Alvear on guitar, Cyril Bondi on percussions and d’incise on electronics; these three have become regulars on this site in one guise or another. Despite this, they keep coming up with new ways to surprise me.
The compositional nature of these pieces is immediately clear: each one works on a sort of grid of regular, repeated sounds, allowing for more ornate details to fill in the gaps. The other joint compositions I’ve heard by Bondi and d’incise are for larger forces, with variety generated by a small set of simple conditions. Here, more free play seems to be allowed within the constraints of repetition, giving each piece a greater or lesser degree of tension. What would normally sound like free improv gains a new perspective from a regular pulse that cuts across their playing. From one track to the next, the slow pulse transforms from a steady foundation to a jarring interruption, harshly strummed or snapped guitar chords mixed with insistent percussion."
Ben Harper / Boring like a drill

Since the Chilean guitarist Cristián Alvear first appeared in Europe and had his debut album, 24 Petits Préludes Pour La Guitare, released by Edition Wanderweiser, in 2013, he has been highly productive and visible, releasing about forty albums in some seven years. Impressive as that figure may seem, even more so are the labels he has recorded for—including Another Timbre, Cathnor, Ftarri and Potlatch—and, although much of his work is solo, the range of musicians with whom he has collaborated—including, among others, Ryoko Akama, Klaus Filip, Seijiro Murayama, Tim Olive, Santiago Astaburuaga, Cyril Bondi and d-incise. Dedicated to the performance and recording of new music, Alvear has recorded compositions by such luminaries as Antoine Beuger, Michael Pisaro, Jürg Frey, d'incise, Stefan Thut, Catherine Lamb, Manfred Werder, and John Cage. Alvear's link with Bondi and d'incise dates back to late 2014 when he studio-recorded the album roshambo (trio) with them in Santiago. So, it was not a surprise when Bondi and d'incise's label INSUB released two Alvear albums in 2020, the first featuring that trio, and the second pairing Alvear and fellow guitarist Burkhard Stangl...
True to its Spanish title, this album comprises eight pretexts which were composed by the trio during two residencies, the first in January 2019 at Centro Cultural Sofia Hott, in Osorno, Chile, and the second in May 2019 at Insub studio, in Geneva, Switzerland, and recorded at the Insub studio. All of modest length, between four and nine minutes, the pretexts feature the same instrumentation throughout, Alvear on guitar, Bondi on percussion and d'incise on electronics. The pieces sound as if they were composed by all three musicians, as they maintain an even balance between them, allowing the instruments to be heard clearly and cleanly.
Each of the eight pieces has its own unique identity, sometimes based on a repeated phrase or rhythm; in other cases, additional sounds define a piece, as on "Tercer Pretexto" where a (field recording of a) female voice dominates and defines the soundscape, to good effect. Throughout the album, Alvear's acoustic guitar playing is as clear and true as ever but it is rarely alone; Bondo and d'incise are there as equal partners in the trio, not support players for the guitar. Restraint and balance are this album's watchwords; consequently, it is an easy and stimulating listening experience which handsomely repays repeat plays. We must hope this album is not a one-off for this trio, but the start of something more...
John Eyles / All about Jazz