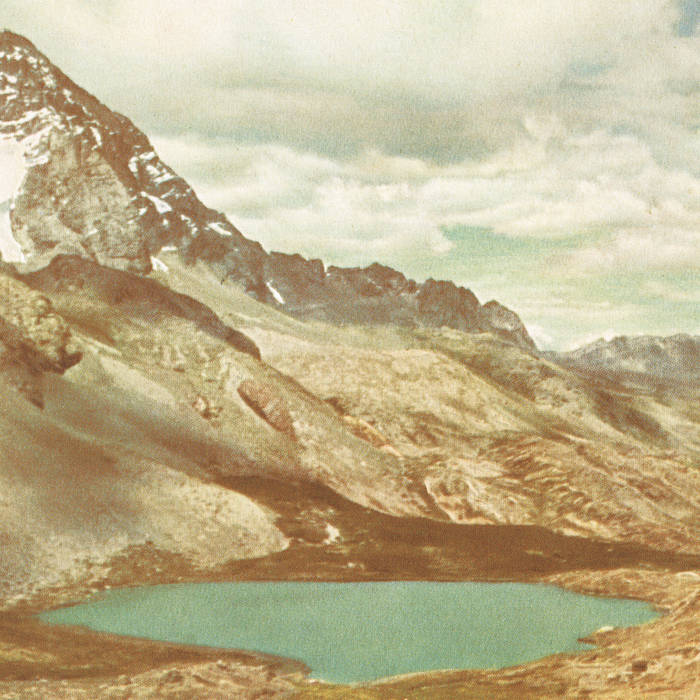 Anouck Genthon and Mathias Forge combine the pleasure of horizon and relief. Notice is a piece from different walking experiences.
It is permeable and can be heard in more or less animated contexts.

Anouck Genthon and Mathias Forge are french musicians, both engaged in improviation, research and a conceptual approache.
They play, they walk, they combine both sometime, they compose as the landscape can be, with lines and accidents.
They carve their way into it, they let it become alive around them.
Their instruments merge as one single tone sliding down its path.

French musicians violinist Anouck Genthon and trombonist Mathias Forge first collaborated in 2015-16, brought together by a mutual penchant for both free improvisation and walking. Each is an experienced improviser; Genthon is a member of the Insub Meta Orchestra as well as other ensembles such as Ensemble Maât. Notice completed a hat-trick of duo releases for her, following Tǝɣǝrit (Confront, 2018) with Jacques Demierre's voice, and Zeitweise Leichter Schneefall (A New Wave of Jazz, 2019) with Christophe Schiller's spinet and voice. Forge has not released many recordings; prior to Notice, two on Another Timbre were most notable, including Pie 'n' Mash (Another Timbre, 2010) by his celebrated duo with Olivier Toulemonde.

Although a sleeve note says that "Notice" is a piece from different walking experiences, it was recorded at Insub. Studio, Geneva, on July 3rd 2018, and mixed by INSUB co-curator d'incise. Notice consists of one track with a running time of thirty-two-and-a-half minutes. Somewhat cryptically, after crediting Genthon and Forge with their usual instruments, the INSUB site carries the tag "and tape players & sine tones" credited to neither (or perhaps both, or maybe d'incise?). Without going into specific details of their methodology, the site also suggests the piece came out of the pair's walks together. The album's sleeve art of snowy mountain slopes leading down to a clear blue tarn is certainly compatible with this account.

The music itself supports the description. The first half does not play continuously but consists or a series of episodes separated by periods of silence. These sound as if they could be field recordings made during the course of a mountain walk, with added sound effects accounting for that "tape players" credit. Despite its episodic nature, this music is engaging and easy to listen to. At the track's midpoint, an unidentified male voice says "Stop" and there is a prolonged silence before the second half begins. It plays continuously and, with greater use of sine tones, is more coherent than the first. Throughout, the interactions between Genthon and Forge are impressive, as they each employ prolonged notes, making the combination of violin and trombone sound an obvious one.
John Eyles / All about Jazz


Sometimes you read strange things on covers: "Anouck Genthon and Mathias Forge combine the pleasure of horizon and relief. Notice is a piece of different walking experiences. It is permeable and can be heard in more or less animated contexts". I admit I am not sure what that means, but Bandcamp offers more explanation; "Anouck Genthon and Mathias Forge are French musicians, both engaged in improvisation, research and a conceptual approach. They play, they walk, they combine both sometimes, and they compose as the landscape can be, with lines and accidents. They carve their way into it; they let it become alive around them. Their instruments merge as one single tone sliding down its path". The cover says this work was recorded in 2018 at the Insub Studio in Geneva, so no nature trail here. The instruments are Genthon on violin and Forge on trombone and tape players. They play blocks of sustaining notes on their instruments, usually followed by some brief silence. The variation is within the way they approach each block in a slightly different way, shorter, longer, quieter. In the second half of the piece (which lasts in total thirty-two minutes) that all changes into long-held tones that continue all the time, and the players take various moments to take in new breath or place the bow upon the instrument, growing in massive intensity. What the tape players do, I must admit, is a bit of a mystery here, and that is for the entire piece. There are very occasionally strange acoustic sounds to be heard and in the second part a sort of continuous bang, like a loop of clock-like sound, but it might also be the bang on a trombone. It is all quite intense music but most enjoyable at that. Those nature walks and playing music certainly paid off in terms of great, improvised action.
FDW / Vital weekly

Anouck Genthon has played with the Insub Meta Orchestra, last heard by us on the Choices / Melodies LP, where they execute impossible tasks under the guidance of Cyril Bondi and d’incise. I find Anouck has many other projects on the go, has had her music published on Another Timbre, and is also a serious student of ethnomusicology, having studied the music of nomadic Arabs in Azawagh and other parts of the Niger. Mathias Forge I know less about, although he has made at least one record of tape recorder experiments, and it may be him supplying the tape player dimension of today’s piece. The writing on the record cover describes Notice in very hard-to-grasp terms… “a piece from different walking experiences”, and something that “can be heard in more or less animated contexts”. The assorted photo images of mountain, lake, and clouds also suggest something to do with exploration of difficult terrain.
I especially like the idea that their music is “permeable”, even though I’ve no idea what it means; perhaps it refers to the nebulous nature of these rather porous drones, or perhaps the fact that the music is so non-specific that each listener can “permeate” it with vectors of their own experience. The addition of spoken word elements is an excellent touch – they might be emerging from the tape recorders – and these somehow punctuate the piece, giving it a little more shape and direction than it might otherwise possess. One could also point out the flawless playing of both musicians on this record, the way they execute what I assume are very demanding moves to produce rigidly minimal music, but I’ll take that as a given. What I’m garnering mostly from today’s spin of Notice is an enigmatic sensation of being lost in an unknown, slightly uncanny place, with no idea how I got here; and yet the simplicity of the playing reassures us there is no slight of hand, no deception.
Ed Pinsent / The Sound Projector